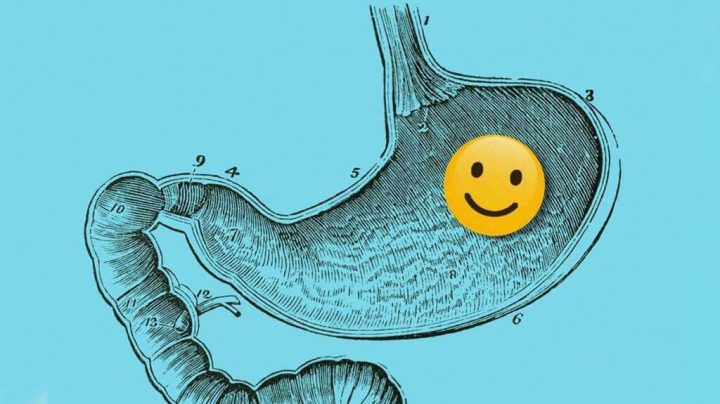 Most of us will have experienced a queasy sensation or nauseous feeling in our stomachs when feeling worried, nervous or upset due to a stressful situation, and it’s this link between our gut and our emotional state that is currently gaining interest in the medical community. While doctors have, for many years, prescribed antidepressants and psychotropic medication for mood disorders such as irritability, depression and stress, studies are now looking into the possible correlation between gut and mental health.

The fact that our brain controls every function in our body, it’s no surprise that a significant amount of its productivity is directed towards the nerves that control our heart and gastrointestinal system. In turn, any powerful and negative emotion that causes our brain’s activity to decrease will then lead to a decrease in the activation of these nerves. This action not only reduces intestinal blood flow, but also decreases stomach acid production and gut motility. By lowering the rate of these digestive functions, an overgrowth of harmful bacteria in the gut can occur and ultimately lead to the chronic inflammation that causes an upset stomach known as “leaky gut”.

The gut can also send troubling systems back to the brain – the gut itself being lined with an intricate network of neurons rooted into the walls of the colon, stomach, intestines, rectum and esophagus. This network is often referred to as “the second brain” and can regulate all aspects of the digestive system including the ejection of waste. This constant link between the gut and the brain clearly supports the impact they both can have on our mood, leading to emotional distress such as anxiety and depression.

There are supplements available that are said to naturally elevate moods and relieve inflammation to attempt to treat both gut and mental health issues. Here are some examples that are worth exploring:

Studies have shown that probiotics can increase the chances of experiencing a positive mood and reduce the risks of becoming aggressive. Bacteria in the digestive tract can have a significant effect on not only digestive health but also the immune system and the brain. Probiotics can have the potential to influence brain functions and protect against the vulnerability of mood disorders.

Krill oil is said to be a safer and more bioavailable substitute to fish oil. Krill oil contains omega-3 fatty acids and has the ability to reduce both anxiety and chronic inflammation.

Turmeric has long been used in medication and is a natural and powerful antioxidant due to the curcumin it contains. Curcumin supplements have been clinically proven to improve moods and fight chronic inflammations due to its healing powers. To boost the effects of turmeric even further, it should be paired with black pepper to add even more health benefits.