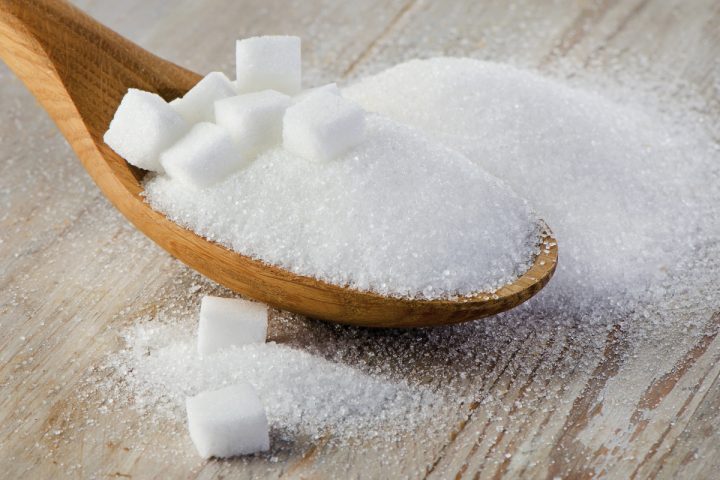 Whether you’re craving a syrupy snack or have a sweet tooth, sugar is a food group that many of us consume regularly within our diets. Unfortunately, as tempting as this ingredient can be, unrefined sugar can be associated with many health conditions including type 2 diabetes, cognitive impairment and obesity. There are now various natural replacements that can help reduce the amount of sugar in our diet, and while these alternatives should be consumed in moderation, they can certainly be a healthier substitute for the real thing.

Originally grown in South America, Yacon syrup is extracted from the roots of the Yacon plant which grows natively in the Andes mountains. The syrup has been used as both a natural sugar replacement and a weight loss supplement for many years and has a rich caramel flavor similar to that of black strap molasses. Yacon syrup is obtained through a natural evaporation method, resulting in a sweetener that’s both high in fiber and beneficial to digestion.

This sugar replacement is known for its anti-diabetic properties, comprising of 50% fructoologosaccharides and inulin – a type of dietary fiber that doesn’t increase blood sugar. Studies have shown that the syrup contains high levels of antioxidants and keeps both the gut and kidneys healthy with frequent consumption. Like any sweetener, the syrup must be consumed in moderation due to its high fiber content, as too much can result in stomach discomfort.

Stevia is a sugar replacement extracted from the leaves of the Stevia Rebaudiana plant grown in South America. It is grown for medicinal purposes as well as for use as a sweetener and has zero calories, its taste varying in degrees of bitterness depending on the brand you buy. Stevia can be purchased in either a powder or liquid form and is over one hundred times sweeter than sugar due to the two compounds found in its leaves – Rebaudioside and Stevioside.

This alternative to sugar is considered to be low glycemic, which enables it to have no direct impact on blood sugar levels. Other health benefits include a reduction in arterial plaque buildup, a reduction in blood sugar levels for diabetics and a reduction in oxidized LDL cholesterol. While it has no effect on mildly raised or normal blood pressure, stevia can lower high blood pressure by 6% to 14% and can also improve insulin sensitivity. This sweetener should be consumed in moderation, as excessive consumption can lead to mixed hormonal signals.

Erythritol is a sugar alcohol that is naturally obtained from fermented fruit, vegetables and other foods and is used as both a food additive and a sugar replacement. Containing just 0.24 calories per gram, erythritol is a naturally occurring compound that has 70% sweetness and tastes similar to regular sugar, though can produce a slight aftertaste.

Absorbed through the intestines, erythritol is excreted from the kidneys unchanged, said to have no effect on cholesterol or insulin levels. Research has led to the conclusion that the sugar alcohol can cause digestive issues if ingested in large or unsafe quantities.

Xylitol is a sugar alcohol used as a low-calorie sugar substitute and is a white crystalline solid that’s soluble in water. Xylitol contains approximately 2.4 calories per gram, being around two thirds the caloric value of regular sugar with a taste that is similar.

This substitute has been known to reduce the risk of both dental decay and cavities, while also containing properties that can prevent osteoporosis and improve bone density. Xylitol doesn’t affect insulin or blood sugar, though can cause digestive problems if consumed within high doses.

Grown in Southeast Asia, monk fruit derives from the gourd family and is a melon-like fruit that has long been popular as a natural sweetener due to its intense sweetness. The fruit has been consumed for many years due to its medicinal properties and its benefit in digestion. Containing zero calories, it’s generally considered just as sweet as stevia but without the bitter aftertaste.

Much of the fruit’s sweetness derives from Mogroside – a class of compounds found in certain plants, though its benefits go far beyond its concentrated flavor. Mogroside five, present in the fruit, has been said to hold the ability to inhibit tumor growth in pancreatic cancers by preventing the blood flow to the tumor in order to kill the cell. Monk fruit also contains amino acids, triterpenes, polysaccharides and flavonoids which have cancer-fighting properties as well as anti-microbial features. Scientific studies have unveiled further health benefits of consuming the fruit such as immune system-boosting properties and protective properties against oxidative stresses.